Woody With A Side Of Stuffing 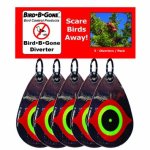 By Don Corrigan
Most outdoor/environmental types love woodpeckers. So did I, until one persistent woodpecker started dismantling my house this fall. Here is my column in the Nov. 20th Webster-Kirkwood Times and South County Times about my problems with noisy Woody pecking apart my house.
If you have a solution for my Woody, please share it in the comment section at the bottom of this post.
There’s a roast bird I desperately want on my table this month — and it’s not a turkey. It’s a woodpecker. The pesky critter has been driving me bonkers after taking a liking to the west side of my cedar panel home.
I used to like woodpeckers. There was Woody, the anthropomorphic, animated woodpecker, whom I spent hours with in my cartoon-watching years. This old TV Woody went on to cameo in the “Who Framed Roger Rabbit” movie of the 1980s.
A woodpecker I also enjoyed in the 1980s was Kirk “Woody” Woodpecker, made famous by the late Kirkwood City Councilman Francis Scheidegger. Quirky Francis had hundreds of plastic woodpeckers that he would attach to trees in Kirkwood. I couldn’t figure out whether his “Woody” was just a friendly joke or a political campaign tactic to win council elections.
In more recent years, I’ve covered some bird walks with the Audubon gang and truly understand their love and admiration for those colorful pileated woodpeckers — and all their conifer-craving cousins.
Now, however, I am not feeling the love for woodpeckers. I’ve spoken to several hardware dealers who, off-the-record, suggested a pellet gun and a  good aim. That’s not how I roll and, besides, it’s against the law. My aim is to discourage the woodpeckers – not to deep-six them.
Another hardware dealer advised hanging two pie pans on the side of the house to scare these persistent airborne piledrivers. But the birds are only frightened by these when the wind is blowing — and the banging pans are worse than the rat-a-tat-tat of varmints remodeling my house.
When all else fails, go to the world wide web. On the Internet, you will find such remedies as: an electronic Bird-X Ultrasonic at $569.95 that repels birds with ultrasonic sounds. I can buy 300 tubes of repair caulk for that kind of money, so, no thanks.
Numerous hawk and owl decoys for exterior-wall mounting are sold on Amazon. Customer reviews say the woodpeckers are only scared of these plastic predators for a few days, then they make friends with them.
How about wrapping the house up in Bird-X Polypropylene BirdNet? I can also use this netting to catch my fall from the ladder while trying to wrap the entire house in bird netting. Sounds like a plan – a bad one.
A “Guaranteed Effective from Day One HydroGuard” is also an option. This motion-activated sprinkler automatically detects birds (or bears) as they approach, and repels them with a short, but startling burst of water.
I finally hung and strung two five-packs of Bird-B-Gone Diverters, with “mock predator eyes” and shiny reflective surfaces to startle and scare off woodpeckers. I’ve told neighbors they are temporary holiday decorations.
If they don’t work, I can sell them at a holiday garage sale: nice earrings for your crazy aunt – and pasties for any strippers in your family.

3 responses to “Woody With A Side Of Stuffing”