Visiting A Zoo Is Good For Your Health New Study Shows

A new scientific study authored by Saint Louis Zoo researchers concludes that immersive, naturalistic exhibits in zoos can elicit positive changes in physiological and psychological measures of health and well-being of visitors. In other words – a visit to the zoo is good for your health!

The study titled “Changes in human health parameters associated with an immersive exhibit experience at a zoological institution” was published on Friday, April 17, 2020, in PLOS ONE.

“At a time when the number of people living in urban areas is on the rise, and humans and the natural world are more disconnected, we are now fully realizing why we need the human-animal-nature bond to ensure public health,” said Sharon Deem, DVM, Ph.D., Director of Saint Louis Zoo Institute for Conservation Medicine and senior author of the study. “The evidence from this study supports the role of zoos and other green spaces in providing health benefits to zoo visitors,” said Deem.

END_OF_DOCUMENT_TOKEN_TO_BE_REPLACED

The Missouri Department of Conservation (MDC) is excited to announce the launch of its new podcast, Nature Boost, with a focus on the positive impact the outdoors has on each of us.

Research has shown that spending time outdoors is linked to an increase in overall physical health. Being outside has also proven to help decrease stress and anxiety, and help lower depression. For example, spending time in nature, conservation areas, backyards, and urban parks may ease stress levels, including increasing attention spans and creative problem-solving skills by as much as 50 percent.

“We’re very excited to share this Nature Boost experience with both our seasoned outdoor enthusiasts and those brand new to discovering nature,” said MDC Director Sara Parker Pauley. “It’s a chance to learn about the incredible natural resources we have right here in Missouri, including how those nature experiences are changing lives every day.”

END_OF_DOCUMENT_TOKEN_TO_BE_REPLACED

Posted on May 23, 2020 in Environment, Outdoor/Nature, Podcasts

Celebrate 20 Years Of World Turtle Day on May 23 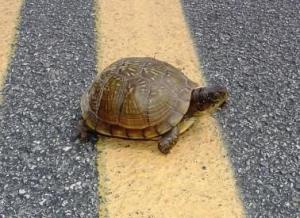 People are sheltering in place during the 2020 pandemic for good reason, but on May 23 it might be nice to come out of your shell to celebrate World Turtle Day. It’s the 20th anniversary of this annual event that was founded by American Tortoise Rescue.

The purpose of World Turtle Day is to educate people about what they can do to protect the habitats of turtle and tortoises. It’s also a celebration of the great joy that these reptiles bring to so many people on a daily basis. Humans love turtles.

END_OF_DOCUMENT_TOKEN_TO_BE_REPLACED

The five-day, 240-mile annual ride, which takes travelers through many of Missouri’s rural communities, along open fields and between the Missouri River and its bordering bluffs, draws approximately 350 bicyclists from across the nation and overseas. The decision to cancel this annual event was made based on a variety of factors but the most important consideration is the safety of participants, staff and volunteers.

END_OF_DOCUMENT_TOKEN_TO_BE_REPLACED

As the weather warms up and more people head outside, they may encounter a variety of newborn animals. Though young wildlife oftentimes appears to be abandoned, that’s usually not the case. The Missouri Department of Conservation (MDC) reminds residents that interfering with wildlife can do more harm than good.

“Young animals are rarely orphaned,” said MDC State Wildlife Veterinarian Sherri Russell. “If the young is left alone, the parent will usually return. Parents are normally out searching for food and cannot constantly attend to their offspring.”

END_OF_DOCUMENT_TOKEN_TO_BE_REPLACED

The Missouri Department of Conservation (MDC) says Peanut the Turtle is back at Powder Valley Nature Center in Kirkwood after undergoing a recent surgery at the Saint Louis Zoo.

The procedure was performed by the Zoo’s assistant director of animal health, Dr. Chris Hanley, and veterinary resident, Dr. Kari Musgrave. Due to a condition known as follicular stasis, Peanut had to have both of her ovaries surgically removed. Peanut is in the process of recovering and doing well.

Peanut the Turtle has attracted attention all over Missouri, along with national and worldwide fame, as an anti-littering mascot. At a young age, the red-eared slider wandered into a plastic six-pack ring and it stuck around her shell.

As her shell grew, it was constricted by the plastic ring and developed an unusual, figure-eight shape. In 1993, when she was about nine years old, someone found her and brought her to the Saint Louis Zoo where the ring was removed.

They named her Peanut because of her shell’s shape and gave her to staff at MDC. Peanut has been under the care of MDC since then, where she has served as a popular ambassador for litter awareness.

Earlier this year, staff at MDC’s Powder Valley Nature Center, where Peanut lives, began noticing that something was “off” about her behavior.

END_OF_DOCUMENT_TOKEN_TO_BE_REPLACED

Is use of Bathroom Tissue an Environmental Issue?

“I used to spin that toilet paper like I was on Wheel of Fortune. Now I turn it like I’m cracking a safe.” Several readers sent this piece of humor to me about a month ago. Unfortunately, it’s still relevant in the continuing age of the 2020 Pandemic.

I shopped at several grocery stores just in the last week. The squeeze on Charmin supplies is still ongoing. The cupboards were bare at several stores, except for a sign about rationing – only one package of Charmin, Angel, Coronet or Cottonelle per customer.

Toilet paper is still one of the most coveted items for care packages being assembled at local food banks and beyond. Rolls of paper are gladly accepted at Webster-Rock Hill Ministries. State Rep. Deb Lavender, D-Kirkwood, has put out a call for this essential commodity for those in need on so many levels.

END_OF_DOCUMENT_TOKEN_TO_BE_REPLACED 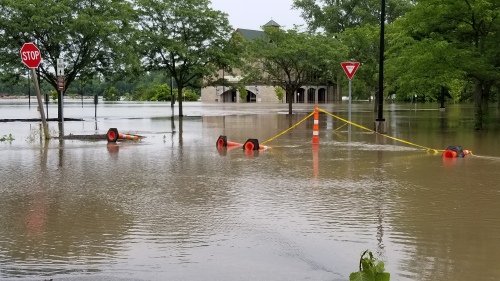 The Flood Recovery Advisory Working Group will meet at 1 p.m. on May 13. Out of caution surrounding the spread of COVID-19, participation in this meeting will be online only at dnr.mo.gov/videos/live.htm. When the public comment period begins, which will take place near the end of the meeting, the host will announce the call-in number individuals should use to comment.

END_OF_DOCUMENT_TOKEN_TO_BE_REPLACED

All Gassed Up — Nowhere To Go

Carl Campbell, editor of Carl’s Climate Letters, tells Don Corrigan that gas prices will continue to nosedive. He says the era of fracking is over due to the collapse of oil prices.

All gassed up, and nowhere to go. That’s a common refrain right now. Gasoline is cheap, but concert sites, sports stadiums, and amusement parks across the country are shuttered, thanks to the worst pandemic in America in over 100 years.

END_OF_DOCUMENT_TOKEN_TO_BE_REPLACED 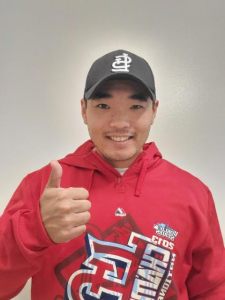 “Food Recovery Challenge participants are leaders in showing how preventing food waste and diverting excess wholesome food to people is an environmental win and a cost-saving business decision,”said EPA Administrator Andrew Wheeler. “Their accomplishments serve as excellent examples to other companies, governments, organizations and communities.”

As part of EPA’s Food Recovery Challenge, organizations pledge to improve their sustainable food management practices and report their results.