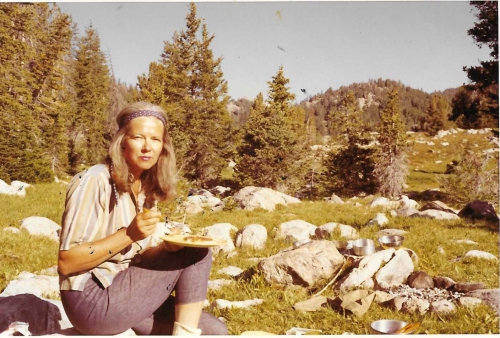 Americans never envisioned that any military would be demented enough to attack an operating nuclear power plant, but then Vladimir Putin invaded Ukraine. The world has been shocked to see nuclear power plants in the midst of heavy fire.

Endangering the integrity of nuclear plants is an attack on the ecological well-being of all of Europe and a large chunk Russia itself, according to Steve Cohen of Columbia University’s State of the Planet.

“Any species that can produce a Putin and give him an army cannot be trusted with the management of such a complex and potentially dangerous technology,” declared Cohen.

Europeans know all too well what happens when a nuclear power plant fails. Radiation from the USSR’s Chernobyl plant spread from Poland to Germany to Scotland. The disaster galvanized an anti-nuclear movement in Western Europe.

Now Ukraine is under siege, a country that relies on nuclear power for 60% of its energy, and Russians are pummeling and seizing these plants.

Lynn Sableman, president of the St. Louis chapter of the Women’s League for International Peace and Freedom (WILPF), speculates that the Ukraine conflict could mean the beginning of the end of the nuclear age.

It could also provide the impetus to clean up global radioactive contamination. Or, it could lead to a world nuclear nightmare.

The WILPF was founded in 1915 by suffragettes. A central figure in its founding was Nobel peace prize winner, Jane Addams, founder of Hull House. When the first WILPF Congress was held at the Hague in the Netherlands, hundreds of women from 30 nations gathered.

“Today WILPF works to educate the public on important human rights issues. In St. Louis, we hold a memorial to Hiroshima and Nagasaki atomic victims every August,” said Sableman. “We have had the Just Moms group present on West Lake Landfill, a superfund site contaminated with materials used to produce the atom bomb dropped on Hiroshima.

“Recently we learned that our Ukrainian WILPF members have found safe passage out of their war-torn country,” said Sableman. “This war is a horrific development for them and for our world.”

The concern over plumes of radioactive pollution escaping breached plant containment vessels in Ukraine is only one installment of a nuclear nightmare. Russia’s Putin has rattled his nuclear-armed ballistic missiles and has threatened to use his tactical nukes on battlefields in Ukraine.

A war between Russia and NATO forces will mean World War III, as U.S. President Joseph Biden has stressed.

NATO countries, the United States, and Russia have thousands of nuclear warheads that are the equivalent of tens of millions of tons of TNT. The bombs and missiles are thousands of times more powerful than bombs dropped on Hiroshima and Nagasaki in Japan.

Nuclear war could easily happen by accident, because of a misreading of intentions by parties in a conflict. Nuclear war planners have positioned their use as a last resort, but accidents can happen. Threatening their use, as Putin has done, raises tensions. That’s when things can go wrong.

“Nothing can address the depression from contemplating the catastrophic violence of nuclear war like activism,” said Sableman. “Raising funds to send food and blankets for relief to refugees in Ukraine can help.

“There are a number of bills in Congress designed to reduce the danger of nuclear weapons,” said Sableman. “The Threat Reduction Initiative has five recommendations to take Intercontinental Ballistic Missiles (ICBMs) off ready to launch status.

“WILPF works with allied groups to address the nuclear threat, including Veterans for Peace, Code Pink, Friends Committee and the Poor People’s Campaign,” said Sableman. “Billions of dollars going into modernization of nuclear forces could do a world of good, if re-directed toward health care, affordable housing, clean air and climate change.”

Sableman noted that the world’s military’s runs on petrol — gas is their life blood. A jet fighter spews as much carbon and greenhouse gases in one hour as your family car when driven over seven years. A war like the Ukraine conflict can be the worst thing that can happen to exacerbate the climate crisis.

The late WILPF’s Yvonne Logan of Webster Groves is the legendary activist of the organization. Her example has been an inspiration for new members.

Logan led and participated in marches in St. Louis and Washington, D.C., for human rights. She demonstrated against the draft and sending soldiers to fight in Vietnam. She attended vigils outside local arms manufacturers.

As president of the American WILPF, she advocated for an end to national policies that seemed to promote violence as a justifiable means to resolve conflict.

Perhaps Logan’s most lasting efforts on behalf of the health and well-being of humanity came with the project known as the “Baby Tooth Survey” of the 1950s. Initially a St. Louis project, Logan served as director of collections.

Logan’s job with the survey was to persuade parents to send in baby teeth to be analyzed at Washington University for Strontium 90, a radiation by-product of atomic testing by the U.S. and Russia.

With Putin’s merciless attack on the Ukraine, there are fears that the test ban treaty and nuclear non-proliferation agreements may disintegrate with the rise of a new Cold War. The WILPF is raising alarms and insisting that it is time to start waging peace.

This entry was posted in Environment, Home. Bookmark the permalink.