Squirrel Season Opens In Missouri May 25 – Do You Know Your Squirrel Hunter History?

Photo courtesy MDC. A Grey Squirrel keeps its eye for a danger.

The Missouri Department of Conservation (MDC) reminds Missourians that squirrel and black bass seasons open May 25, the Saturday before Memorial Day.

Do you know the history of squirrel hunters in the Revolutionary War and the Civil War? It’s quite a legacy. …

Don Corrigan, author of “Nuts About Squirrels,” reminds Missourians to remember the legacy of squirrel hunters in both the Revolutionary War and the Civil War. Corrigan notes the contribution of the volunteer Squirrel Army Brigades who came from all over Ohio to protect Cincinnati from approaching Confederates in the Ciivl War. The state legislature of Ohio did, however, officially thank the patriotic volunteers with a resolution, which read: 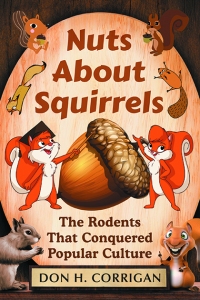 “Resolved by the Senate and the House of Representatives of the State of Ohio, that the Governor is hereby authorized and directed to appropriate out of his contingent fund, a sufficient sum to pay for printing and lithographing discharges to the patriotic men of the State, who responded to the call of the Governor, and went to the southern border to repel the invader, and who will be known in history as the SQUIRREL HUNTERS.”

Corrigan’s book includes a graphic of the original SQUIRREL HUNTERS’ discharge papers. However the book covers much more media and popular culture about squirrels, including their depiction in books, newspapers, television, comics, video games and folklore from the distant past.

More information below from the MDC about Missouri’s squirrel season opening May 25.

The open season on eastern gray and fox squirrels runs from May 25 through Feb. 15, 2020. Allowed hunting methods are shotguns, rifles, and other legal firearm methods, as well as archery equipment, slingshots, or atlatls. The daily limit for hunting and trapping is 10 and the possession limit is 20. Hunters can harvest squirrels with the following permits: Archery Hunting, Daily Small Game, Small Game Hunting and Fishing, and Small Game Hunting.

Squirrels may also be harvested with cage-type traps during the hunting season as long as hunters have valid permits. Traps must be labeled with the hunter’s full name and address, or Conservation Number, be attended daily, and have an opening 144 square inches or smaller.

Get recipe suggestions for squirrel from MDC HERE.

This entry was posted in Nuts About Squirrels, Outdoor/Nature. Bookmark the permalink.