What’s Up With Meramec Cavern’s Closure And The Continuing Environmental Contamination Issues? 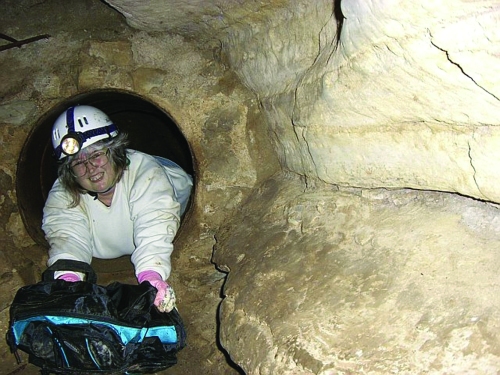 Meramec Caverns is closed due to environmental contamination of a substance called TCE, a chemical used in automotive parts manufacturing and cleaning. But how did the popular Missouri show cave become contaminated with TCE in the first place?

Jo Schaper is the guest on this Environmental Echo podcast with Don Corrigan. She gives listeners an explanation of where the TCE contamination in Meramec Caverns came from, the geology of the Sullivan area that makes remediation almost impossible, the issues faced by Missouri caving enthusiasts, and the possible effects of the TCE contamination as it enters the Meramec River.

Schaper holds a degree in geology,  often writes on geological topics, and has been caving and exploring the area around Sullivan since 1986. She is also is a former assistant editor of the River Hills Traveler, and along with her writing and geological explorations, is the current communications specialist for Geo Communications Services.

Below find a recent update on the remediation efforts going on in Meramec Caverns from the EPA.